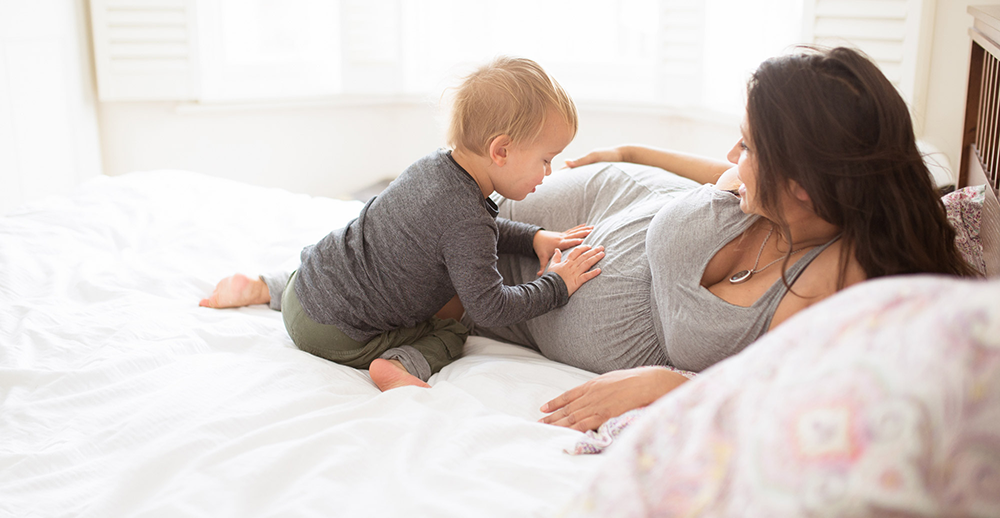 Words fail me. A lot actually. I’m one of those emotional people that feels everything far deeper than is probably necessary. Sometimes words don’t come easily or quickly enough to convey what I want them to, and that can be frustrating for me. So it’s no surprise I became a photographer, a ‘visual storyteller’ if you will.

Stories, in any form, connect us to our emotions and our humanity. They are what link us to our past. Since humans first walked the earth, they have told stories, before even the written word or oral language. Through cave drawings and over fires, humans have told stories as a way to shape our existence. It’s a universal feature of every country and every culture. On a much smaller scale, each family has a unique story of their own that needs to be preserved. Each tiny moment lived adds to that story. A camera can capture, when the mind could easily forget. Making sure that your family’s story is told in years to come, to your grandchildren’s grandchildren, is easier than ever. Digital technology has allowed us to record every detail in our lives. Our children can flip through snapshots of nearly every week of their lives since they were born. I know my 6 year old can. Each photo invokes an emotion in him, jogs his memory and adds another piece to the puzzle that is his life. One day he will sit with his own children, as we do now, and he will tell them a story about the time in each photo.  When he’s not around, they will have the evidence of a life lived, a character that is familiar or unfamiliar to them. They can tell their own stories based on what they’ve seen. They will become the keeper of our family’s memories.

If you feel inspired to make sure your family’s story is preserved authentically, I’ve got 6 tips for you. These tips are not hard and fast, they are merely suggestions.

The stories that unfold in front of us when we just observe, are sometimes far better than anything we can plan.

Sometimes the most beautiful and telling stories come from the everyday moments we can take for granted.  Slow down and observe the little day to day moments, because soon you’ll realise nothing is ordinary. 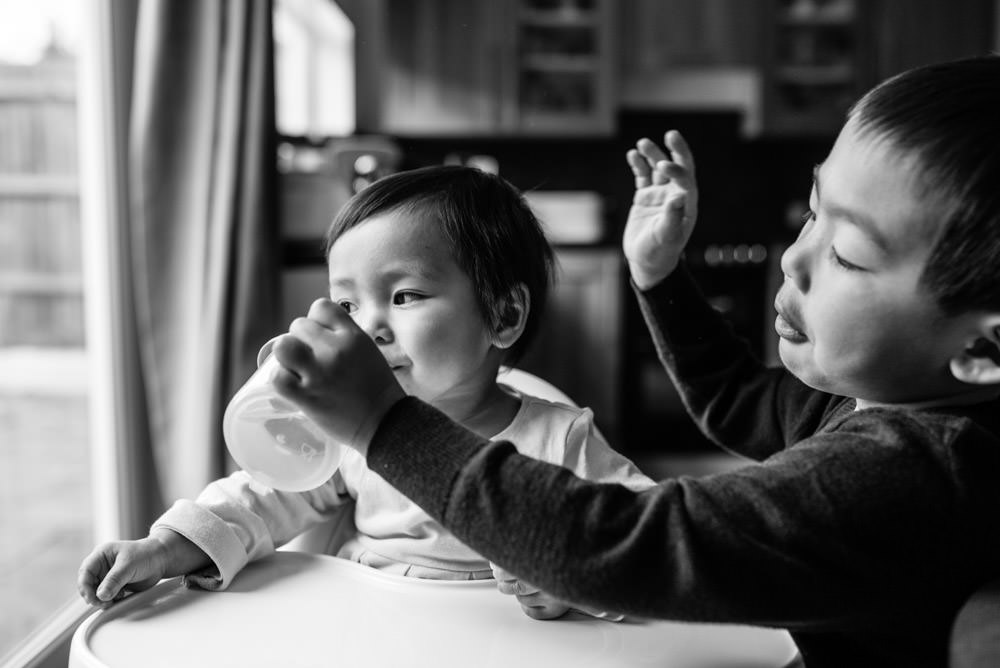 If you can invoke any kind of feeling in the viewer of your photo then you’ve created a story. As humans we are attuned to facial expressions and body language. You might have a split second to capture it so be ready. 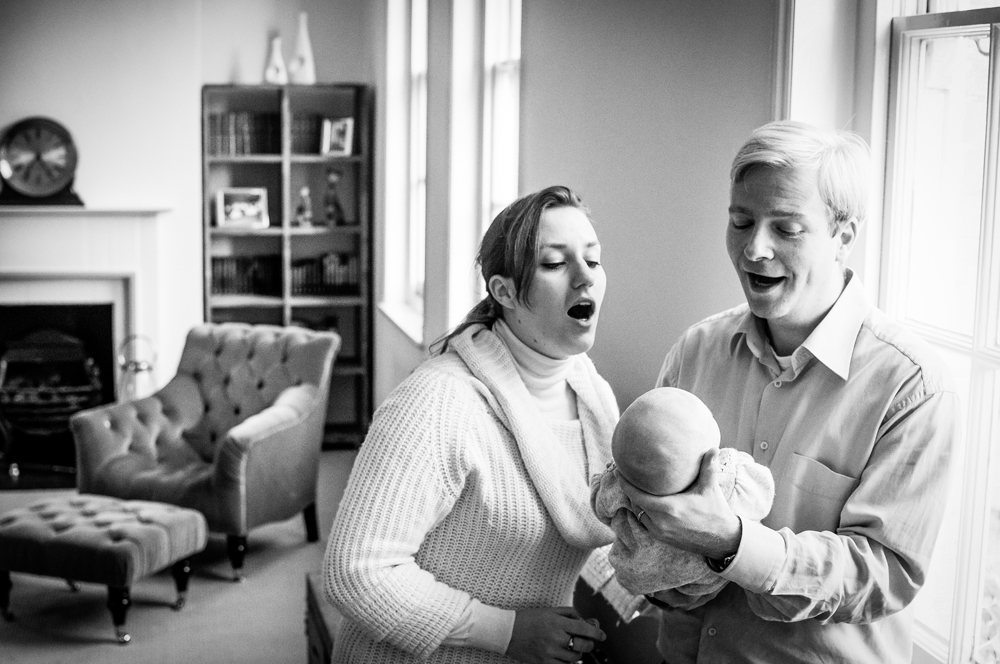 Step back and include any obvious environmental objects that add to the telling of the story. Outdoors and indoors. Don’t worry about the clutter so much in your home. In fact, you can even embrace it. Objects captured in photos can jog memories as much as the people in them can.

Really tell a story by changing your perspective. Getting down lower to take the shot can emphasis scale, vulnerability, intimacy. It helps the viewer relate by bringing out their inner child. 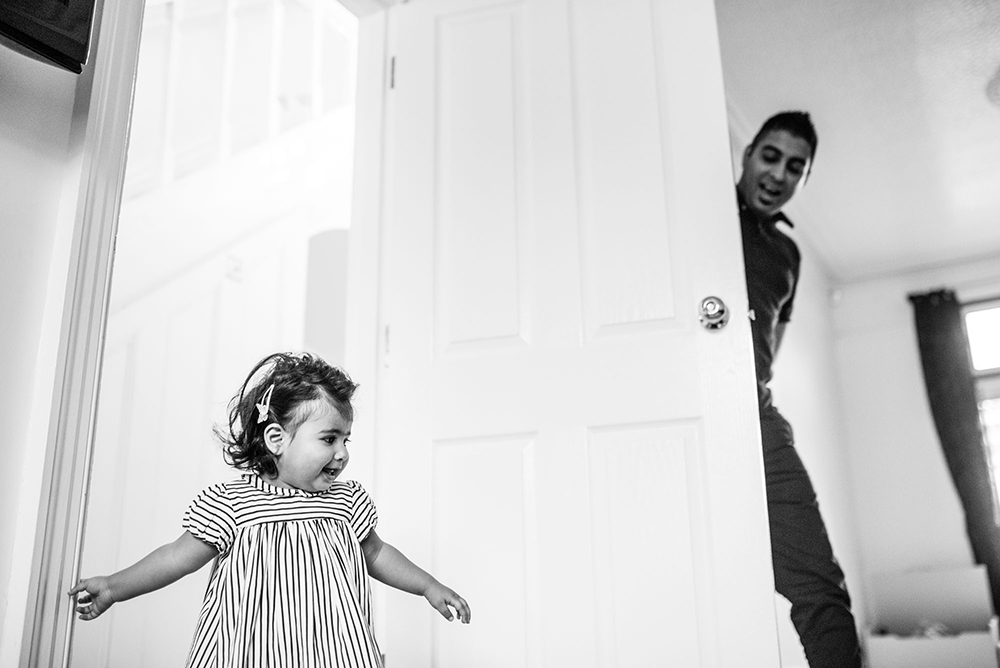 You can tell the viewer that there is more than one important aspect to the shot, without words. Bringing a scene to life, by creating a 3 dimensional feel to a 2 dimensional still image, is a trick that’s not too difficult to master. Having a foreground and background plays to the innate human voyeuristic instinct, which creates impact in a photograph. 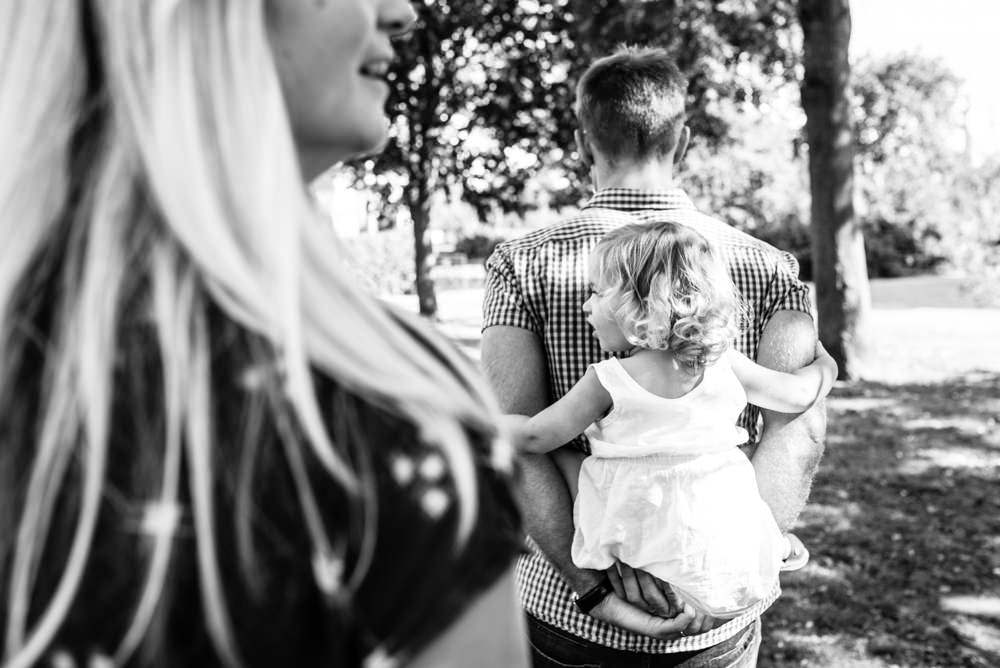 Thanks for stopping by! If you have any questions, comments or would like to see of these posts please let me know below. I’d love to hear from you. While you’re here, take a look around my website and see all the family stories that have been started or added to over the years that I have been a photographer.